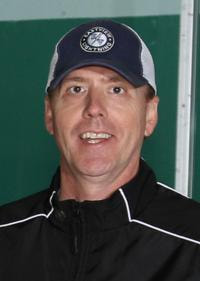 Herb Harvey - Head Varsity Coach
Herb is in his 23rd season of coaching high school hockey, taking Eastview to the state tournament in 2015, 2016 and 2017. Prior to coaching the Lightning he was the Varsity Girl’s Head Coach at Lakeville for six years and at Lakeville South for their inaugural season. Herb led the Lakeville Panthers to the state tournament appearances in 2002 and 2004 (4th place). Coach Harvey was recognized with the 3M Minnesota Wild Excellence in Coaching Award in 2003. He has also been recognized as Section 1AA Coach of the Year in 2003, 2004 and 2005. Away from the rink Herb spends his free time with his wife, Sherri and their four children; Ashley, Alex, Allie and Adam. ​
Scott Kauchick - Varsity Assistant Coach
Scott is a native of Aurora, Minnesota where he played his youth and high school hockey. He has spent hundreds of hours instructing goalies around the metro area and Western Wisconsin. Coach Kauchick is in his eighth season at Eastview. Prior to being with Eastview he was the goalie coach in the girls program at Lakeville and Lakeville South High Schools for 4 years. Away from the rink Scott spends time with his wife, Nancy and children Daniel and Lindsey.

Tim Ryan
Tim is in his fifth season of coaching with Eastview. He was born down a dusty dirt road on a hobby farm in Lakeville ‘85.  His initial hockey play began at Lakeville, with a transition to St. Thomas Academy for high school. Following graduation he attended the University of San Francisco, where he graduated with a degree in business administration as well as a minor in environmental studies. Activities, interests, and hobbies include; building and racing cars, traveling, tree care, woodworking, and coaching hockey.